By crispysmokedweb on 29 September 2013 in General, Learning, Technical 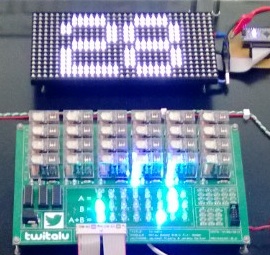 Just had a great day out at the Raspberry Pi bootcamp at @ Bristol with my 12 year old Son. The Raspberry Pi is the central, loose theme that brings together geeks and wannabe geeks of various persuasions. In fact there was a fair representation of Arduino, ARM controller and the Lego Mindstorms NXT going on as well. The Raspberry Pi has become something of a poster boy and unifying movement for a passion for proper, under-the-bonnet engineering and coding that never went away, it just needed a rallying cry. I met some fascinating and inspiring people today, and also those with a thirst for their own knowledge and that of their children. For example, at the Lego NXT robot dance-off, the kids quickly took the lead, and both their adult chaperones and the University of Bristol students  stewarding the event(thanks to you all), just following.
Now I have mentioned them, the UoB students from RoboGals , did a terrific job. They were keen to drum up awareness of their RoboGals movement to encourage young women, girls (and OK boys) into the disciplines of STEM, forming a UK cluster of a project originally started in Australia.
Favourite attraction of the day for me was a tie between the TwitALU and the ARM Rubiks Solver.

TwitALU is a twitter interfaced simulation of the ALU (Arithmetic and logic unit) of the 6502 processor (which readers of a certain vintage will recall as the engine of the BBC micro), to take simple arithmetic problems from twitter and then tweet back the result. A very over-engineered and inefficient technological solution, but it was built as a demonstration of many different aspects of technology for the University of Bristol’s outreach work. It is not only technically fascinating, but quite a beautiful thing to behold (and hear when its relays tick through the ALU clock cycles), and the Nixie tube registers displaying register contents. Great work!

The second winner for me was the Lego NXT Rubic’s cube solver, built and demo’d by ARM, co-sponsors of the event. Here a Lego NXT controlled machine and an Android phone analysed a scrambled Rubik’s cube and solved it using pattern recognition and some simple movements. It was a lovely thing to watch. None of us managed to scramble it so much that it could not be solved in more than 27 moves, around 1 minute, 12 seconds.

There is no question that the event (this is the third in Bristol since they started this year) achieved its aims: of providing inspiration and a platform for exploration and growth to a new generation of technologists (and their parents). The ages of visitors span from perhaps 8 up to 80 with no noticeable missing demographics. The University students providing the bulk of hands-on guidance, support and stewarding were enthusiastic and engaging. All from STEM discipline, they were not always subject matter experts, but it was first class.

Tim Cox and his demo of simple to staggering projects for the Pi is a regular face and sees his book, Raspberry Pi Cookbook for Python Programmers, published as ebook now, and in paper at the end of the year, with Packt.

There is clearly a massive appetite for discovery, innovation, playing and learning, which is not getting sated by the normal curriculum. For every knowledgeable speaker, exhibitor or student, keen to show-off their talents, there were 10 eager visitors, fully engaged in some sleeves-up activities.

Next event is 16 November 2013, at the @Bristol venue. Worth a visit, whoever your age, and regardless of whether you have a Pi or not. It demystifies and makes accessible hands-on technology which will, almost inevitably, become the foundation for the next generation of engineers and technologists, and their amazing products.

MOOC #2: Done
Back to Square One